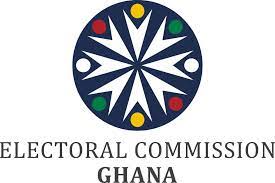 The European Union’s Chief Election Observer, Javier Nart, who is also a member of the European Parliament from Spain, has said the 2020 general elections organised by the Jean Mensa-led Electoral Commission of Ghana, were not only free but also met a range of international standards.

Presenting the EU EOM’s final report on its observation of the election, Mr Nart explained that the mission returned to Ghana to present the report to the country’s authorities, and to discuss with stakeholders the proposed reforms contained in the report.

The EU EOM’s final report is a comprehensive assessment of the electoral process that builds on the initial findings of the preliminary statement, which was issued shortly after the elections in December.

“The conclusion in the mission’s final report is that the elections were efficiently organised, competitive, that voters participated freely in large numbers, and that the process successfully met a range of international standards,” Mr Nart said, adding that the overall conduct of voting was assessed positively in 95 per cent of polling stations observed.

“However, shortcomings already identified by previous EU election observation missions remain, such as the misuse of state resources, the abuse of incumbency, vote-buying, and unregulated campaign finances. These resulted in an uneven playing field.

“Mr Nart said the final report contained 18 recommendations for future elections, eight of which were considered to be priorities. Over the coming days, the EU EOM will meet stakeholders from all areas of society with a view to initiating a debate on these suggested reforms.

The Chief Observer said: “The priority recommendations ask for improved procedures for counting and collation, and for the publication of detailed results”.

“They suggest an affirmative action law that would introduce a quota for women in governance of, at least, 30 per cent. Regulations governing campaign finance are also recommended, as well as effective sanctioning mechanisms against the misuse of state resources. Improved regulation and monitoring of the media, as well as effective implementation of the Data Protection Act, are also addressed.

He stressed: “These recommendations are proposals for consideration by the Ghanaian people. They are suggestions aimed at improving future electoral processes and strengthening Ghana’s democracy – but it is up to the authorities and wider civil society to decide on their implementation.”

“From here, the EU Delegation will support the Ghanaian authorities and civil society in efforts to implement the recommendations.”

Following an invitation by the Ghanaian authorities, the European Union deployed an EU EOM to Ghana between October 31 and December 30, 2020. In total the mission comprised 80 observers from EU member states as well as Norway, Switzerland and Canada.

The mission’s mandate was to assess the electoral process against international obligations and commitments for democratic elections as well as the laws of Ghana.

How to set up a Personal Hotspot on your Andriod phone, iPhone or Ipad.

How to set up a Personal Hotspot on your Andriod phone,...

No new infrastructure will be initiated in my first year in...

ABOUT US
AKKN Media Network is a media house under AKKN Group of companies established September 2019. The company was incorporated in 2019 at the Registrar General’s Department and holds an open-air Television and Radio Stations as well as other media engagements.
FOLLOW US
©
MORE STORIES

A pastor arrested for defiling a 12 year old girl